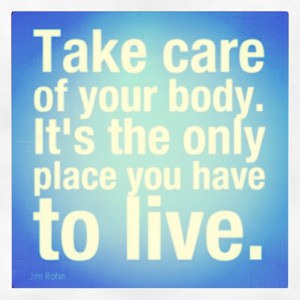 When I commenced working with clients over 35 years ago eating disorders were rare. Maybe such things as worrying about ‘how we look’ and ‘how well’ we do things wasn’t such a huge focus as it is now with many people. ‘Stressors’ such as the advertisement   pictured here, don’t help to have young people accepting themselves as being okay and/or focusing on learning healthy eating habits as a way of staying ‘in shape’. It is the word ‘enough’ that’s the killer – good ‘enough’, nice ‘enough’, and yes thin ‘enough’.

There are 3 major eating disorders. They are:

Anorexia Nervosa the symptoms of which are self starvation due to intense worrying  about weight, even though they may be normal for their size; ‘feeling fat’ even though they are not; lack of a menstrual cycle and extreme concern as to ‘how they look’ in regard to weight and size.

The treatment for anorexia includes firstly the most important thing – asking for help! Finding a specialist who can help you to deal with your inner voices; learning to listen to your body; realising what you are feeling; identifying the triggers and stressors and learning how to accept and love yourself.

Bulimia Nervosa involves the bingeing of food followed by the purging (removal) of what has been eaten by self-induced vomiting. Bulimia is about feeling ‘out of control’ during a binge and eating beyond what is comfortable, then using such things as the self-induced vomiting, diet pills, enemas, laxatives and over-exercising as a means of coping and ‘feeling okay’ with what they are doing.

The treatment for Bulimia involves a number of things including:

Putting a plan in place to stop the binge eating and purging cycles; learning ways to increase one’s self esteem and seeing food as a healthy thing. This process may involve medical involvement.

In both of these eating disorders ‘depression’ can be part of the cycle and because of this treatment by a medical practitioner is advisable.

Other types of Eating Disorders:

There are some disorders where there is a combination of the symptoms of both Anorexia Nervosa and Bulimia Nervosa such as Night Eating Syndrome.

More information can be obtained by emailing me:
lis@skillsforlivingforlife.com

I love it when my clients, after a brief time working with me, are able to solve their own challenges with the skills [...]